List of Football Clubs In Europe Currently Signing Africans
If you are a footballer in Africa, this could be the opportunity you have been waiting for to sign for a team in Europe – you know what that means. It’s better to play for a team in Warsaw Poland than to play in Bangkok Thailand. If you play in Europe, it’s easier to get noticed by some of the top flight clubs like Real Madrid, Bayern Munich, Juventus or Chelsea, Liver Pool, Manchester United, Manchester City, many more.
So now about your question- If you are under 18 years old, you cannot join any European club. When an European club finds a good young player in Africa, what they do is they make an agreement saying that the boy will keep playing in Africa until he completes 18, so as soon as he completes 18 he can join the European club.
We did some research and we saw that above two European clubs have their own academy in Nigeria: Barcelona (Bescola International Football School) and PSG (Carat24 Football Academy).
Some other clubs have affiliated clubs in Nigeria, so if you play in one of those affiliated clubs you will always have an scout from that European club looking at you. Those European clubs are: West Ham (IfeanyiUba Football Academy), Bolton (COD FC) and Midtjylland (FC Ebiede).
Usually those academies have frequent tests. You can go to one of those academies, register and take a test. If they like you, they will sign you.

In case you are a young talented footballer and you are looking at how you can join any of these European clubs academy in Nigeria, don’t worry we will provide you with their location so can go and make further inquiries.

of Spain named their Football Academy in Nigeria FC Bescola International Football School. The academy is temporarily located at the Teslim Balogun Stadium; opposite the former national stadium Surulere Lagos… 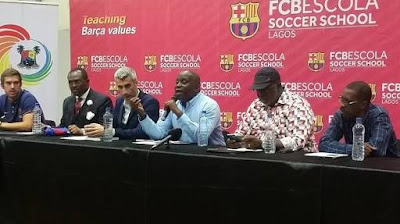 Deji Tinubu is currently running the administratively end now. You can inquire about the academy at the Lagos State Football Assocation office at the stadium complex.

FC Bescola recently conducted and open try out in Lagos in September 2016, where they admitted academy players between the ages of 6 and 18 years olds.

of  France named their football academy in Nigeria Carat24 football Academy. The Academy will fully take off in December 2016 and their proposed location is the Gateway Stadium Abeokuta in Ogun state. 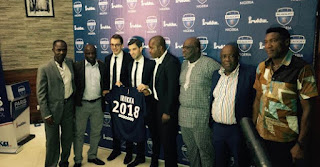 Carat24 Academy will be admitting players between the ages of 5 and 17years olds. And this is best time for you to enrol now.

an English Premiership team has a partnership with IfeanyiUba Football Academy in Anambra state…to provide system and structures as well technical support for the Academy. And to be fully involved in a continuous  nationwide talent hunt project that can be benefical to the London based club. 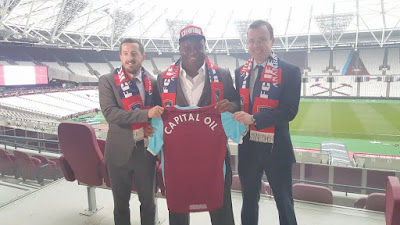 The academy which also serves as a feeder team for the high riding Nigeria Professional Football League team Ifeanyi Uba FC, will be intermittently sending outstanding players to London for try out in West Ham.

Dr. Ifeanyi Uba, the billionaire owner of Nnewi based team is one that brought in West Ham to be part the IfeanyiUba fc vertical integration and business expansion.

IfeanyiUba football Academy is located at the Ifeanyi Uba Stadium Umudim, few miles  away from  the Onitisha commercial city. Make further inquiry in the club office at the stadium complex… and admits players between the ages of 5 to 15 years olds for the project.

another English team have a long standing partnership with the City Of David (COD) FC when they were still in the Premier League… The relationship which Austin Jay Jay Okocha helped brokered then for the Redeem Christian Church in  2007, have been very beneficial to Nigerian players. 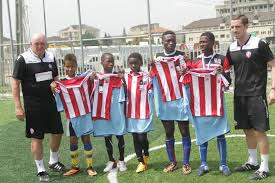 Seven players, Samuel Vincent, Joshua Olaegbe and Lydon Odiah, Olabisi Daodu, Azeez Adeoye, Peter Folrunsho and Biyi Oshilaja, who were selected at an earlier camp held in April will depart the shores of Nigeria in November for direct transfer to Bolton’s Youth team.

COD is the only club in Nigeria that runs a structure of 6 football teams; U-10, U-12, U-14, U-16, U-21, and First team. A Technical Director oversees the entire football structure while the various designated coaches manage the teams.

The various teams train at different times at Onikan Stadium Lagos Island, but club has an office at City of David, The Redeem Christian Church of God, Lagos Island.

a Demark elite league club has FC Ebiede as it’s feeder team in Nigeria. FC Ebiede is in the Nationwide league and has been a place of grooming talents for the past 20years or so.

FC Ebiede trains at Honda place Sango Ota in Ogun state and play their matches at the Gateway stadium Abiokuta… We are not sure if the team has any administrative office… Maybe, at Churchill’s personal office in Lekki and Festac town Lagos.

This academy is another famous school for potential football stars. It can be an exciting place to discover your talent, learn new skills and prove that you can become a formidable player not just in Nigeria or Africa, but all over the world. The most promising kids can get into the professional soccer spirit because the school often takes part in different tournaments across the country and outside Nigeria. By the way, you can find all the details about becoming a part of MFA (this is how the organization is abbreviated) at its official site.

Do you have plans to play soccer professionally? It means that you must dream about joining the famous Chelsea school. However, it is located in London (the UK). Is there a club in our country that belongs to this popular brand? There was news back in 2012 about Chelsea having plans to launch its own soccer academy for Nigerian citizens. According to nigerianbestforum.com, people from different corners of Nigeria were more than happy to hear that information. It sounded more like a temporary camp though. check the site

The incredible John Mikel Obi who is believed to be the wealthiest Nigerian footballer (according to 360dopes.com, his net worth is up to 60 million U.S. dollars) studied here. And he is not the only superstar of the Pepsi club. This organization saw the incredible progress of such impressive players as Echiabhi Okodugha and Joseph Aklapa, to name a few. It is one of the best schools in the football industry that can be found in our country. It exists since the 1990s. It has helped many boys and girls to turn their hobby into a job. By the way, not only our citizens study here. The place is well known all across Africa.